Skip to content
Calling all  Independent Musicians & Supporting Factions
Get Exposure through Mixposure.

One of the coolest things has happened to the music industry in a very long time  is MIXPOSURE RADIO.
If you  are musician, lyricist, producer, promoter, and/or a music fan there is some amazing things happening in the world of music; and the Internet that can have an affect on you.   You should know.

Ever think about how your favorite song and musician came to be?
Those not involved with creating and promoting music may never have even thought about it.

Like any industry there is protocol and politics, expressed and experienced. The music industry no different.
It use to be that the most typical first time exposure for a fan to a new artist was via mainstream radio. Following and becoming a fan of a musician or band makes fans part of the process. For generations fans were introduced to music as the new up and coming musicians were broadcast to the listeners via the airwaves of the radio frequencies. Artists or their agents would make the rounds to first local radio stations to hawk their music for air time, exposing the fans to their music.
With any luck the right person then might be made aware of an artist’s music, the hope being a recording contract would be entered into. And the real road show would begin playing concerts all over the globe to promote and enhance record sales.
Fans make their voices heard, firstly by hearing a new song on the radio, making requests to the disc jockey‘s which help run an artists song up the charts, then with the purchase of albums, concert tickets, and artists/band merchandise the producers might see some profit on their investment. This was if the artist and or band ‘happened’ to be noticed. No matter how good someone is in the traditional mainstream music industry there is still the need for the networking of “who you know” to become a recording artist with big name recording labels.
Admittedly this being my overly simplified rundown of a vital aspect to the music industry’s we’re most familiar with.
There is another aspect though. A faction of the music industry not as well-known.
Yet.
Independent music and independent artist are just that;  typically they= independent artists are producing and producing their own music. Void of the big recoding labels.
And as I am also a music fan I especially find this is a most awesome empowering aspect in the world of music.
Wiki notes:
Independent music is music produced independently from major commercial record labels or their subsidiaries, a process that may include an autonomous, Do-It-Yourself approach to recording and publishing.The term indie is sometimes also used to describe a genre (such as indie rock, indie metal or indie pop); as a genre term. Likely you will not hear independent music on the commercial radio in your car. That’s where technology comes in with the communities like Mixposure Radio.
The fact that technology today is changing the music industry and to be quite honest is putting the big recording labels on notice inspires my happy dance.

Today there are drastic new changes happening in the music industry. Independent Music has been around long before its very title was born and known to the fans, Typically only those familiar or close to independent musician’s have known about independent music. Many  are not aware.
I write this with an excited heart today. The reason for said happy dance is because I am blessed with bearing witness to the very inventive and creative way our music intelligence can grow by the leaps with independent music.

The logical question that I hear echoing throughout cyberspace now is, “how does one find this independent music then?
This is where radio shows that focus only on independent music and artists find their niche in the music and broadcasting industries.
One of the best held secrets in the world of recorded music WAS Independent Music’s online interactive community on MIXPOSURE RADIO

This is the happy information I am proud to share here at Barefoot Music;
Mixposure radio is a commercial free from advertisers and promotes the live streaming radio programs primarily by word of mouth and the very clever and creative genius of the mixposure artists.
Of course since this is a post about music and on a blog that only focuses on music, therefore the music should play.
Included below is a link for a Mixposure promotion I think is brilliant,  with superb music & creative lyrics writing by and performed by some of  the musicians who are also the creators of 100% of the tunes you’ll hear at The Mix.
http://www.mixposure.com/the-truevulgarians/audio/15344/rabbit-tracks-promo-by-the-truevulgarians
Increase your fan base with exposure at Mixposure Radio
So why could this possibly interest you as an artist?
Or a fan?
As an independent artist and bands there is always a desire for exposure of your music to a fan base. Finding ways for that exposure has become more accessible and creative today in thanks largely to the Internet. Mixposure Radio and its community offer a rare experience and resource for you and your music.

Through the exposure of your music being given ” air time” during both the live streaming broadcast and the podcast your music can be heard and shared by an untapped fan base you have yet to discover.

I tend to think of Mixposure as a Co-op type community, and with the wonderful perks of a free subscription (upgrades are definitely available) there are priceless advantages in this writer’s opinion
These include, but are in no way limited to:

UPDATE: As of 11.07.2013 Podcast of the Showcase of Independent artists are now available for downloads at link below.

With your interest and inquisitive mind please visit Mixposure, your fellow and sister artists will help you feel immediately welcome and offer their experience and wisdom to show you the way. As always you may also contact me, Barefoot Baroness (BB) and I would be most delighted to point the way and walk along while you are getting your feet wet. I trust you’ll never look back and always value the experience. 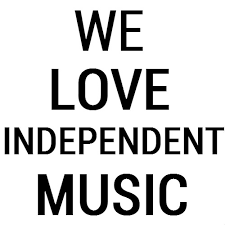 As a fan you will be increasing your music intelligence ten-fold, and in supporting independent music you help promote the artist and their music. By purchasing the music, seeing live performances locally where you live, and sharing & giving feedback about the independent music you like are all ways we can as a collective power support these talented musicians and their support teams.

This blog supports independent music and there are several posts here introducing some of the very  artists and bands you will be exposed to at Mixposure Radio.
Please visit Mixposure Radio for a one of a kind music community & experience, while you gift yourself the exposure to some of the most fabulous tunes and the creative people behind them.

The above promotional poster is for mixposure radio newest disc jockey Doug Dickens whose new show is now being  broadcast every Tuesday & Sunday evenings.

Watching the history of the world of music changing and growing is a fascinating thing.
Thanks to the Internet & the creative endeavors of independent musicians, vocalists, songwriters, and engineers today’s music industry has evolved and become universal.
Independent Music has no borders
Radio shows like that which you can find on Mixposure radio every evening have given the control back to the artist’s.
PLEASE SUPPORT INDEPENDENT ARTISTS
In that spirit of musicianship Mixposure radio had the pleasure to announce independent artist Doug Dickens as their newest addition to their stellar line-up of DJ’s.. “This is a dream come true for me. The showcase was developed to bring musicians and songwriters together because I thought that if we all get together and promote each other in some fashion, we all would reap the rewards of our own distribution network. I believe we are on the cusp of some sort of breakthrough with this. I dream big I know, but at least I dream.”
Doug & his vast knowledge about the music created by independent artists world-wide will introduce you to play list after play list of music you are not likely to hear on commercial AM/FM frequency radio.
Doug has been showcasing independent artist’s on his Facebook page for two years and now he takes his music intelligence and is broadcasting in real-time.
The DJ”s at mixposure radio broadcast the music in real-time on their respective evening shows including a cool feature; visit the chat room with the artist’s and fans as they chat bout the music and life. Independent artist tend to be just as passionate about their fans as their fans are about the music.

Come and be part of the debut party i(in less than 24 hours now) Join this community in chat while also Interacting with Doug’s show Tuesday evening – October 1 at 8 pm eastern USA time.  Return nightly for a changing of the DJ guards who bring their choice play lists to the mix.