Bobby is a Oregon home-grown guy originally born and raised in Coos Bay Oregon, now residing with his wife and guitars in Bend Oregon (if you haven’t yet been introduced to his Hefferdust Blues)  As this post is being typed Bobby is currently in a Nashville studio laying down tracks for his new Cd – all original material.

The following video performance is one inspired by a trip to New Orleans last fall with his bride Sharon, Bobby not only memorialized a significant trip to the Big Easy but he (as is his style) shares an important universal message through song.

Born in a small timber town on the Oregon Coast, Bobby’s passion for music began at Christmas at age 10 with his first guitar. Many bands and guitars later he connected with his treasured 1968 Les Paul in 1970. Now named “Bessie Mae” (named by Little Milton’s long-time road mgr, Scrap Iron, while on the Blues Cruise Oct 2010) She has been his constant companion for 4 decades, bearing witness to this passion which has taken him across the USA sharing his gift.

His friends and fans know the intensity and love of music that he exudes while performing, which is truly justified watching any one of his animated live shows. His songwriting has exploded recently, with 4 cd’s released since 2010, 3 of which are all original songs, some of his best work yet, and one a cover of his old blues favorites with some amazing musicians backing him up.

“He is a high energy, blues influenced rock ‘n roller at the top of his game.” His full soul is fast becoming known and welcomed as “one of the most prolific singer/songwriters in America.”

Bobby’s long road to success has been well worth the journey. He just seems to always have a good time. At home in Central Oregon Bobby embraces the opportunity to play with some of the best musicians this side of the Mississippi every chance he gets and it’s always a wonderful surprise to discover who might be joining him on stage. With the same love of music and perseverance he has always embodied Bobby continues to promise and deliver all great things still to come.

Paying his dues after performing for years all over the Northwest and meeting people from all over the world Breedlove Guitars added Bobby as a Breedlove endorsed Bluesman when they handing him a 5k acoustic beauty he lovingly named “Belle.” A finely crafted instrument, the tones and sounds it makes magically complement Bobby’s voice. It was given to him by the company to perform to the masses, carry the music, and do a little advertising for them, which he proudly does with every performance.

Whether a solo or duo show; with funny stories, soulful ballads, rocking the blues…or with his band which includes some of the best talent anywhere, you can catch him performing at many popular venues and clubs. Bobby Lindstrom receives rave reviews from fellow musicians and critics alike. Available for private house parties, weddings, family reunions, celebrations of all kinds. You will not be disappointed by hiring Bobby Lindstrom!

For more examples of Bobby’s music and more information:here

For information about Oregon’s renown luthiers at Breedlove Guitars  here

Watch this 2016 Fall for his new album to drop. From the world of Independent Music Barefoot Music has the privilege and honor of introducing yet another amazing artist that I was first introduced to at Mixposure radio, the home of Independent Artists globally.

Please meet Bamil. I find all of Bamil’s music I have heard amazing and with great messages. Hie vocally a master, and his music compositions and arrangements superb.
I have included two of my personal favorites for your ease in listening. Bamil is prolific recording artist and has music for everyone. If you live or are visiting in the New York area you please go see one of Bamil’s shows. You can find his schedule at Reverbnation.

More of Bamil’s music can be found at the included links below.

“Breakthrough”, an original composition from their CD “Myriad” available at http://www.candyrat.com/artists/hunte… amazon.com and itunes

These two incredibly talented and gifted young musicians met while studying music at Southbank College in Brisbane and soon afterwards began writing and performing their own unique brand of Celtic, Folk and Spanish flavoured acoustic guitar music. From their early compositions it was clear an extraordinary new talent had arrived on the Australian music scene. 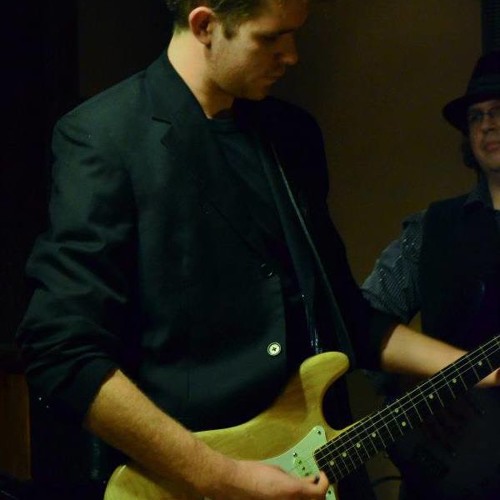 “What Blues Really Mean”
by John H.
John is a vocal extraordinaire with just the right balance of range for singing the blues.
It s Barefoot Music’s pleasure to feature this independent artist & his original tune today.
” One ” ( U2 w/Bono)

Is it getting better?
Or do you feel the same?
Will it make it easier on you now?
You got someone to blame

You say, one love, one life
When it’s one need in the night
One love, we get to share it
Leaves you baby if you don’t care for it

Did I disappoint you?
Or leave a bad taste in your mouth?
You act like you never had love
And you want me to go without

Did I ask too much? More than a lot
You gave me nothin’ now it’s all I got
We’re one but we’re not the same
Well we hurt each other then we do it again

One love, one blood
One life, you got to do what you should
One life, with each other
Sisters, brothers